Lots been going on since I last posted and wanted to catch you up before we move on again. The trekkers, including Stef, leave tomorrow – which will be hard. It has been so nice to have her here until now and will be a difficult goodbye for both of us. We climbers also leave EBC tomorrow and head back to Lobuche base camp, location of my last post – and we will conduct our first acclimatzation climb to the summit of Lobuche over the weekend.

It’s been a whirlwind since arriving here – between Paul Oakenfold concert, exploring basecamp itself (bearing in mind when I was last here in 2010 it wasn’t climbing season and hence no one was here), getting first up close look at the Khumbu icefall, having our puja ceremony to ask for safe passage during our expedition, getting some practice in on the fixed ropes, along with just getting used to life at 17,300 feet including the not infrequent booms of avalanches (mostly small, quite normal, and far away from the strategically placed IMG camp). EBC is a strikingly beautiful place but also hard and unforgiving.

As you can see, the further up the valley we go, the more it looks like another planet… with base camp barely visible in the distance. It took hours navigating the rocks and boulders of the glacial moraine to finally get to base camp itself, nestled in a bowl with the Khumbu icefall and the path to Everest proper to the right. 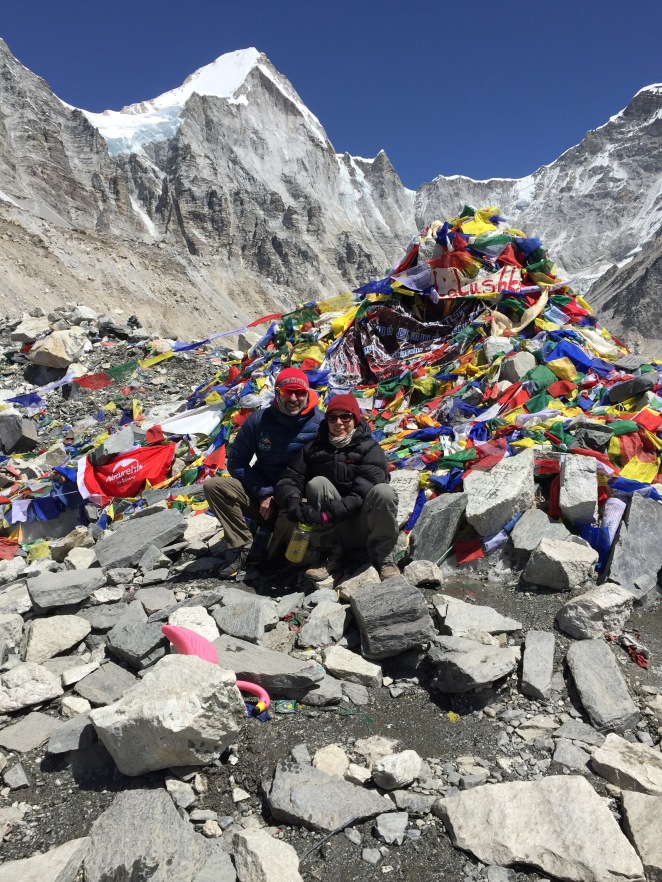 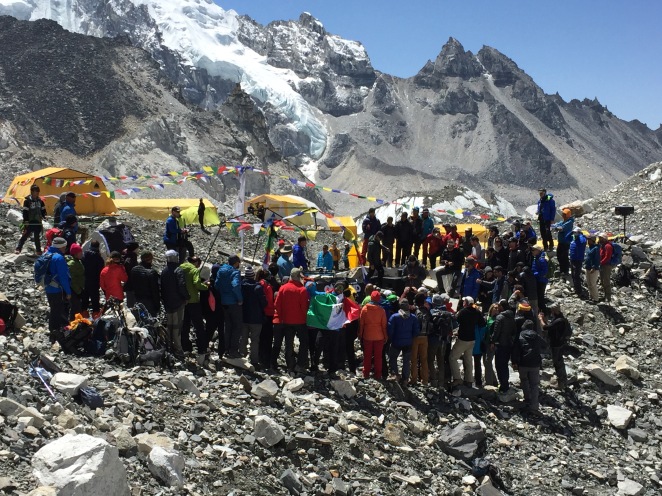 Spectacular views from our tent this AM, first good look at the Khumbu icefall yesterday, and some practice on the fixed ropes earlier today… 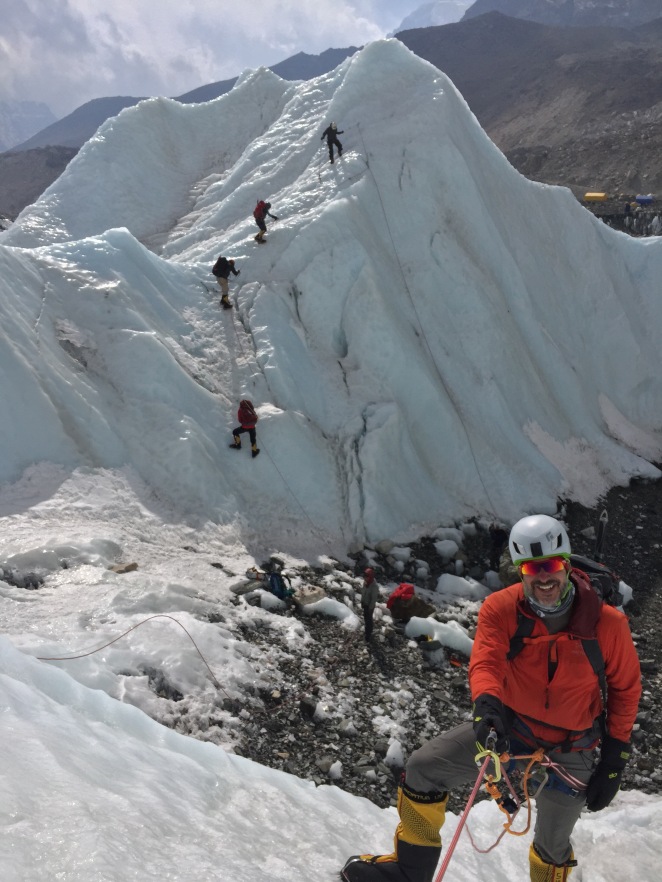 The puja ceremony from earlier today where our team made offerings, had our equipment blessed and asked for safe passage for our expedition… and the IMG 2017 Hybrid team & guides 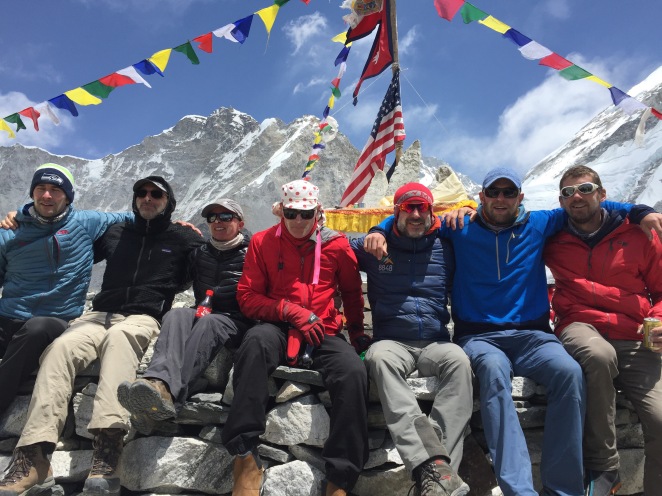 Still not quite hit home the reality of all of this and just taking it day by day for now – as the enormity of the whole thing still a bit overwhelming – but – I am here, I am feeling good, and looking forward to getting into the real work over the coming days and weeks. I’ll be off the grid for the next few days as we try to summit Lobuche but will be in touch when I get back to EBC for a few days rest after. Speak then.

8 thoughts on “Everest Base Camp”